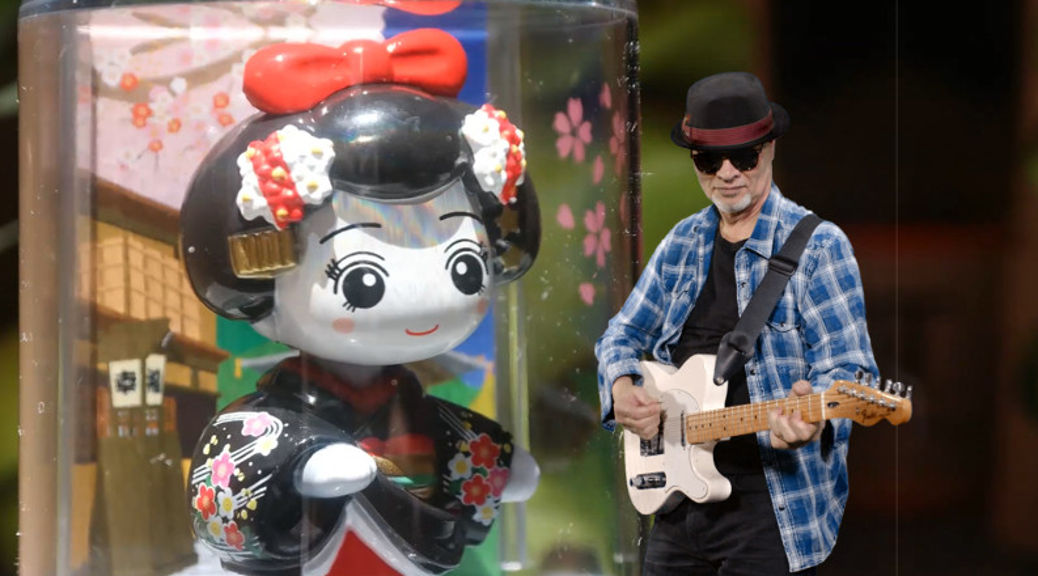 So you’ve been given some green screen footage to composite on another plate, but the lighting’s all wrong? Read on…

There’s a wealth of information out there on how to composite footage and colour-correct it to look like one plate. But there’s not much info out there on what to do about a mismatch in overall lighting direction/diffusivity. Usually, if the type of lighting in your plates varies considerably, the viewer’s eye will notice that they don’t really mesh well. Here’s a simple technique to help fix this problem in a quick and dirty way – I’ll be using After Effects and only its standard effects – consider the following plates:

These are from a recent music video I made. The guy playing the guitar has been filmed on a green screen and keyed nicely. The lighting is very even, which is great for keying; but the plate we want to composite it on was filmed in harsh, downward sunlight. Just putting the plates together doesn’t quite work: I boosted the exposure of the guitar guy by 0.5, but this depends on your footage of course. It looks OK, but the little geisha toy has highlights from downward sunlight, while the guitar guy does not. So, I will apply the Alpha Bevel effect – just go to Effects and Presets and search for it. Drop the effect onto your keyed plate (not the background plate). Set the Light Angle to about the same angle as the dominant light source in your background plate. For sunlight, you can assume parallel projection (sun hits all objects in your scene at the same angle). But spot light sources may light one object from the left, while another from the right. I used a large Edge Thickness with low Light Intensity and eye-droppered the brightest region of the background plate to get the lighting colour (which was nearly white anyway). See below: The result is pretty good. The guitar guy now has a highlight on his hat and shoulders, as you’d expect from a midday exterior shot: And, unlike using feathered masks with layered exposure effects to simulate light sources, you don’t need to animate any masks around your footage – quick and dirty 🙂