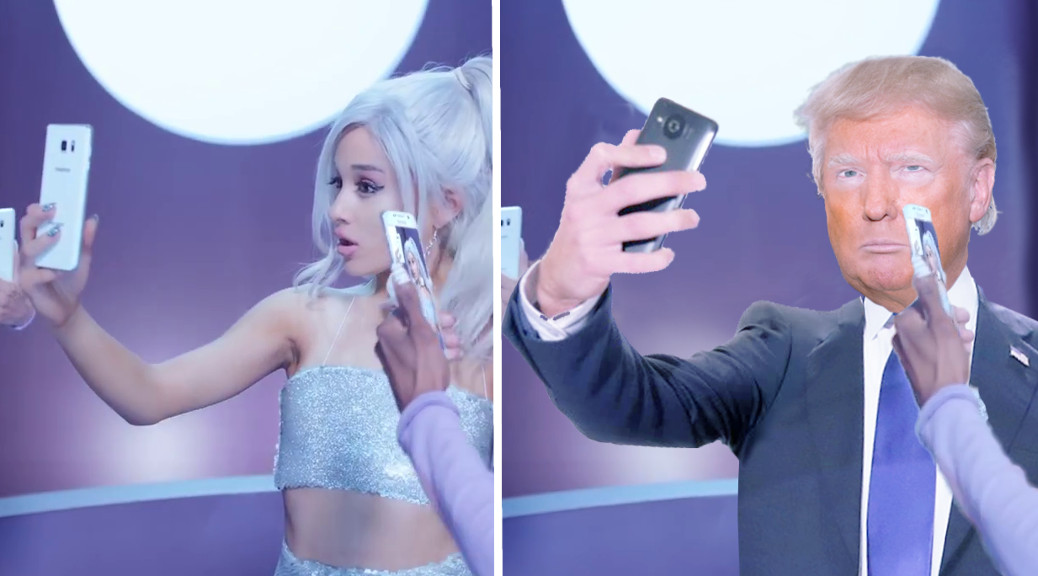 I was recently tasked with some rotoscoping and compositing work for a couple of satirical videos (to be released soon). Here’s a snippet of one of them. I rotoscoped Ariana Grande out of her Focus music video, replacing her with an animated Donald Trump character:

I painted Ariana Grande out of the original video in After Effects. I then created a Donald Trump puppet in Character Animator – so I could easily animate facial features and limbs. Future videos will see him lip-syncing along to more songs, joined by other well-known politicians/psychopaths. Stayed tuned!