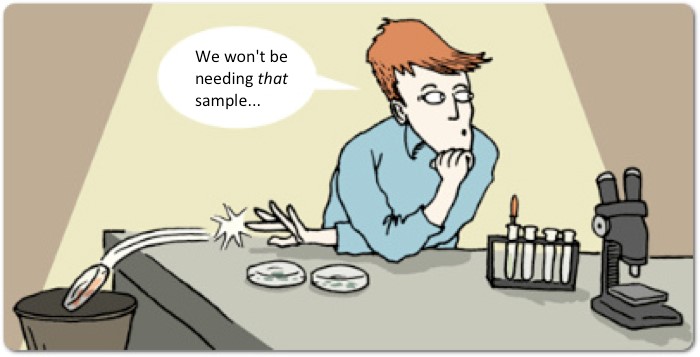 Google launch their Cloud Test Lab today. I’m reminded of how I first learned the value of qualitative user testing and how I forced my employers to take notice too…

Between 1997 and 2000 I managed an Internet café in West London, for a startup who also ran a small web-based email service. Naturally, we were instructed to encourage users to sign up with our email service, in preference to Hotmail; an obvious advantage being, if you had any problems, you could talk to us directly!

At the time, the developers worked out of the basement of the Internet café. Every day, users would ask me for assistance in using their email and a pattern of usability issues emerged. Of course, I was too busy to question every customer about how satisfied they were with the email service. But, by using it ‘in anger’, they served as an invaluable resource of qualitative user feedback.
p>

However, the developers did not see it this way and simply ignored the feedback I would pass on to them. In the end, out of frustration and an appetite to make my life easier by improving the web-mail interface, I devised a plan… I created a short survey that I made available to anyone using our email service – especially those who loved to gripe directly at me about it. At first, because I was still teaching myself HTML and JavaScript, the survey was in analogue form: a printout with a few questions and tick-boxes on it. When I had collected about 30 filled out surveys, I took them to the developers.

Within a week, we had a digital version of the satisfaction survey integrated into the web-mail site itself. But, as the data came rolling in, something was obviously still missing. Eventually, the CTO came to me and said “You know, I’m just gonna watch some of these people using their email, cos we can’t figure out why no one gets how the fuck to add an attachment!” And so, our unofficial little usability lab was up and running… and users were paying US to collect the data used to improve the service. #MissionAccomplished