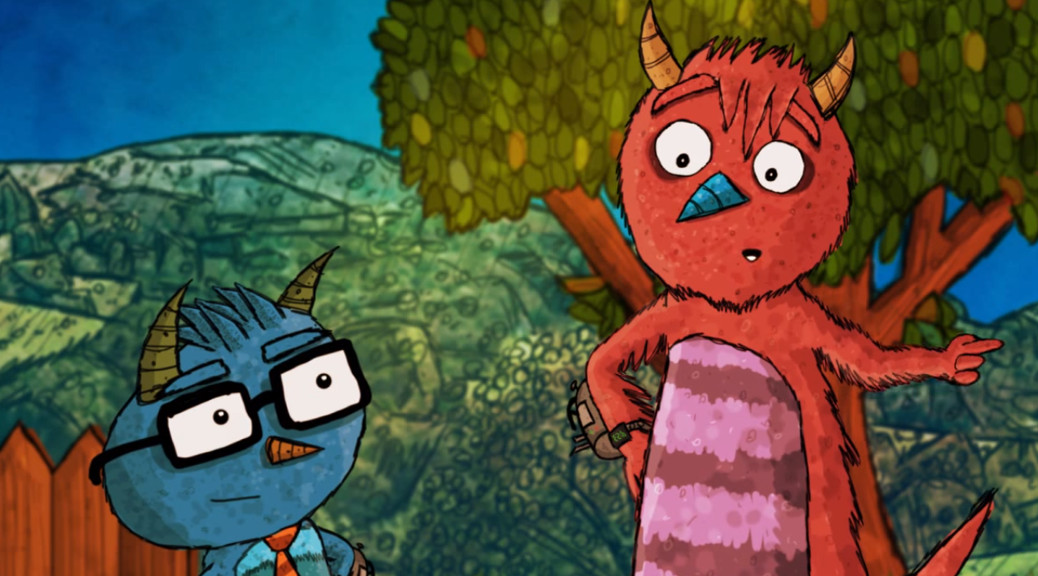 Some of you may have started playing around with Adobe’s new creation, Character Animator. If not, I’d suggest you check it out – it makes character animation a breeze.

However, if you’ve tried creating your own characters, you have may run into problems getting them to animate how you’d expect. Here are the most common problems and how to fix them:

If you’ve got this problem, you’ve probably got the wrong ‘mesh shape’ for your character. You will almost always want a ‘contour’ mesh shape, but Character Animator (by default) tries to detect whether it should use a rectangular mesh for your character’s ‘rubber sheet’, or a mesh which hugs the contours of you character.

See the images below for how to fix this: 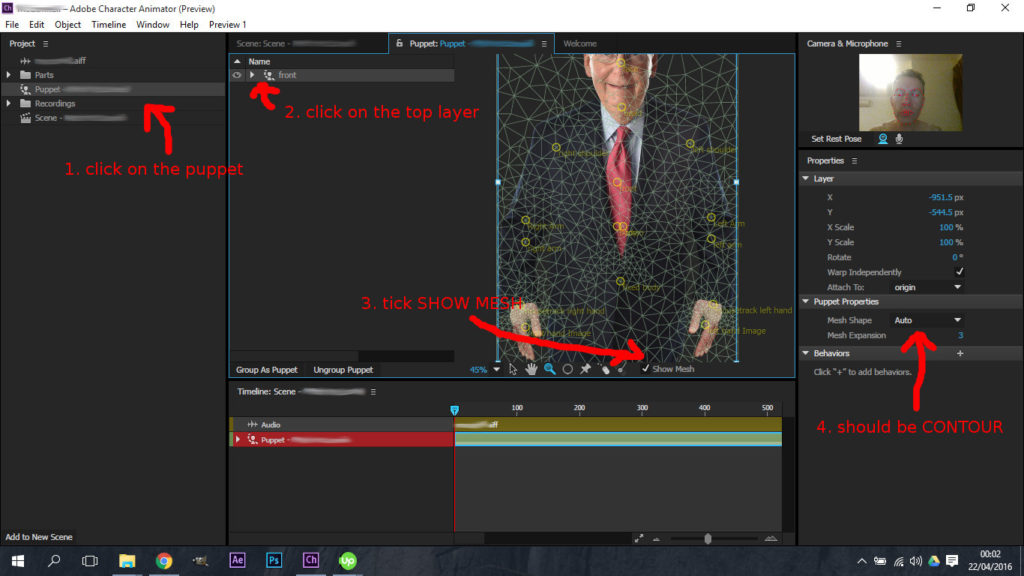 Limbs do not move like they have a bone structure

If you’ve added ‘mousetrack/draggable left/right hand’ anchors, but the characters arms are more like that of an octopus than a human, then you need to add some elbow and shoulder anchors:
>

In more recent versions of Character Animator, you can also add ‘sticks’ between the joint anchors, to represent your characters bones – making the limbs move even more realistically.

The feet move slightly when you tilt your head

Although the rest of the character may be set up correctly, you’ll probably want to ensure that your character’s feet stay firmly on the ground – at least while you are simply moving the head/arms. You can fix this easily from with Character Animator, by adding a couple of ‘fixed’ pins into each foot (and ideally ankle too):

Hopefully, that’ll help you solve some of the most common problems encountered in Character Animator. If there’s something specific you think I should tackle, let me know…