I’ve been playing around with the Unity game engine and keep having flashbacks to a little know 3-D game dev tool I used over 10 years ago – called Virtools. 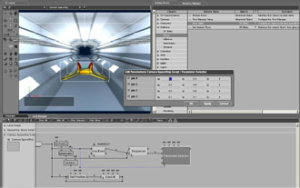 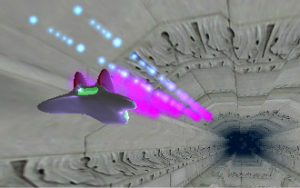 Most people will not have heard of Virtools, which itself was called NemoCreation in a previous life, until legal problems forced them to go away and rebrand. It was way ahead of its time, supporting real-time ray-tracing, hardware acceleration, full Havok physics an easy to integrate multi-player solution, long before the more popular Shockwave 3D and WildTangent had anything close.


The workflow was very similar to Unity and I had originally pinned a lot of hope on it. But, the platform was too restrictive, provided no sensible scripting alternatives and was prohibitively expensive to license. Getting hold of a trial license was notoriously difficult, too. So there were simply not enough people creating worthwhile content for it.

The licensing fubar and possibly the fact that it was way ahead of its time, were probably its death knell. But I tip my hat to what could have been.